July 29, 2014
“ Weird Al “  is actually probably more “Genius Al” than Weird ,
When I got the call from Al Himself  Asking me to do Hair and Makeup for his new Cd cover you can bet that I was beyond Excited .
For the cover we went with two  looks a military  look and another look with Als pants down  but you will have to buy the cd to get that  .
I worked on 3 of His Videos “Foilhttps://www.youtube.com/watch?list=PLuKg-WhduhkmIcFMN7wxfVWYu8qnk0jMN&v=w-0TEJMJOhk ,”Handy “https://screen.yahoo.com/weird-al-yankovic-handy-parody-133702425.html and “Tacky “ ,  and Al release #8videosin8days   a real first   in a recent interview Al was saying he had actually outdone Beyonce  by releasing I think it was 14 videos in one day.
Al directs all of his videos   he’s extreme smart , having had companies like “the Nerdest “ and “college Humour” produce the videos and release them on different days , gaining more attention from a broader spectrum  and bringing  a large Audience to these sites.  It’s fantastic watching his mind work and seeing it all come together .
The reason I bring up the cover is because Al has an Interesting Process He does the cover of the CD fist and then finishes the music  infact he hadn’t confirmed the name of the cd ”Mandatory Fun” until the album was complete,this is a process many writers do as well .
There are many hits on the  cd I personally Like Tacky , Handy and  Foil , but I'll let you decide for yourself .
I  would think that “Word crimes” is possibly the best written song  for a very long time,  well  at least the most grammatically  correct , that's for sure , try singing along with  word crimes.
The greatest news is that Al has  set a record once again , and has reached the number one spot and is the  1st Comedy CD in 50 Years on the Billboard  Charts ,that’s really quite an accomplishment , Congratulations Al . 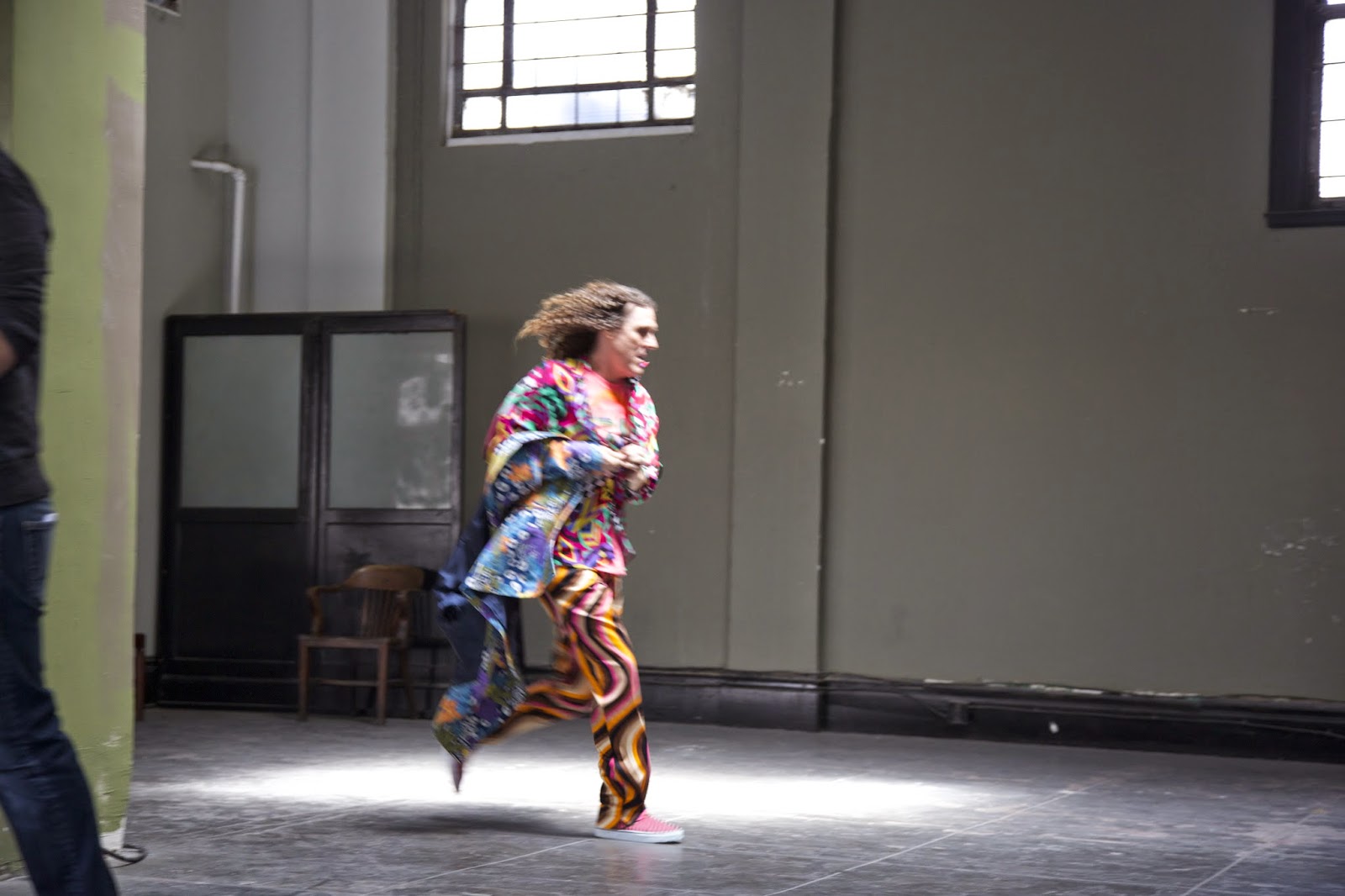 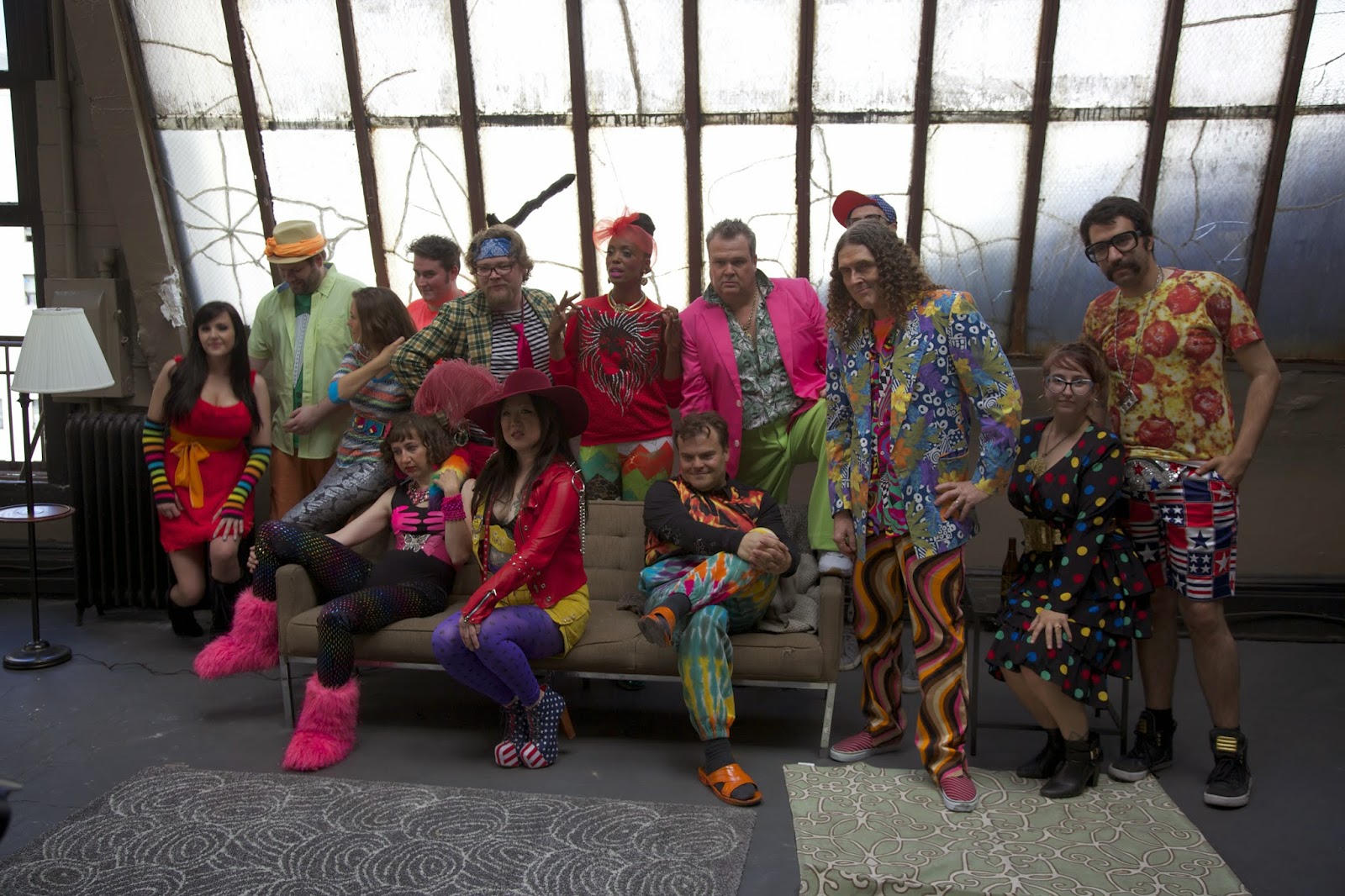 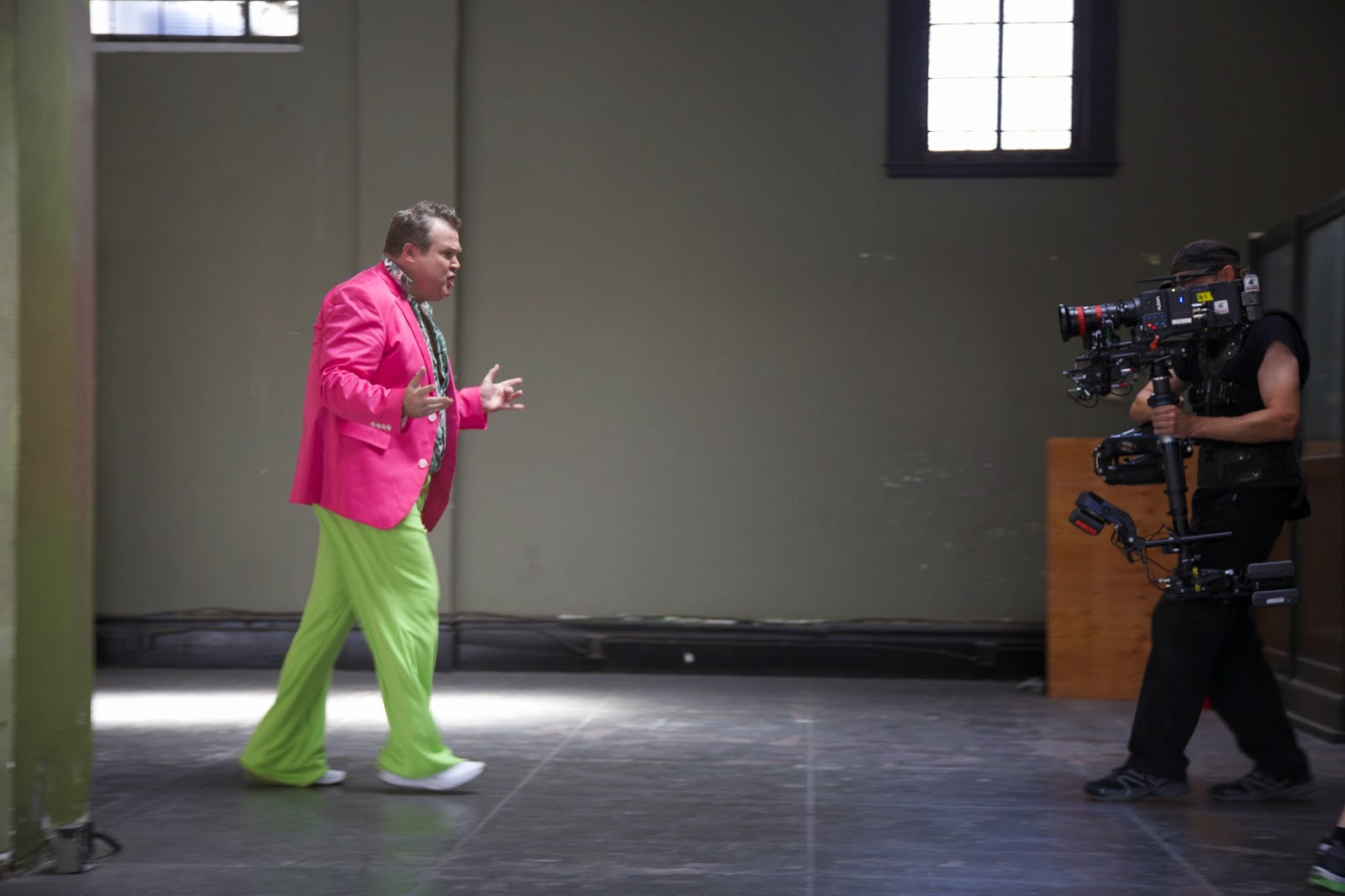 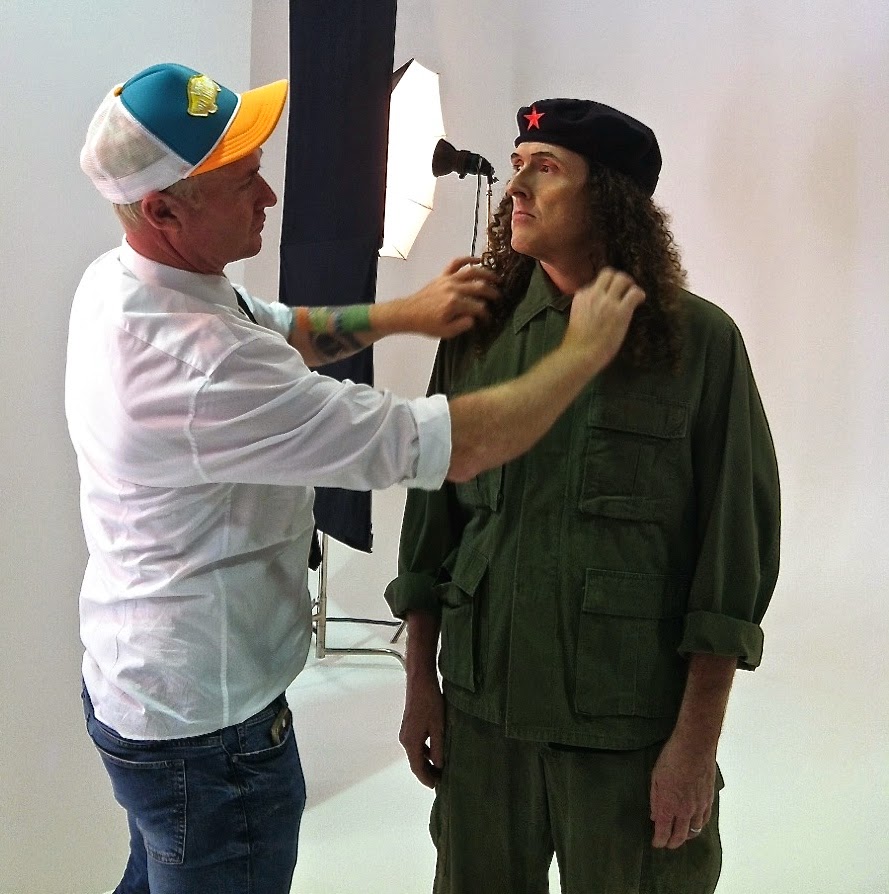 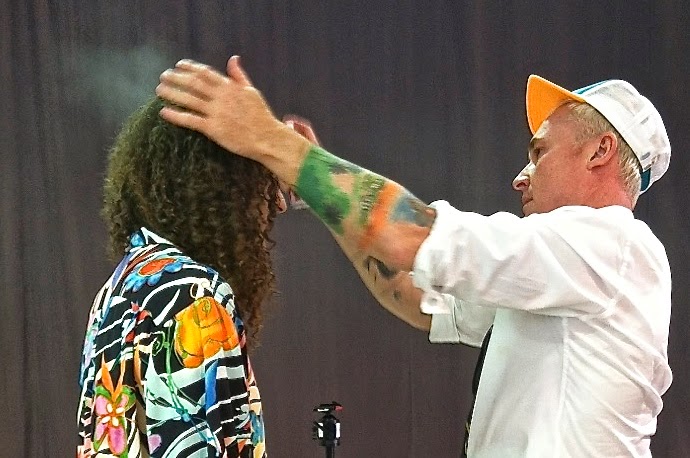 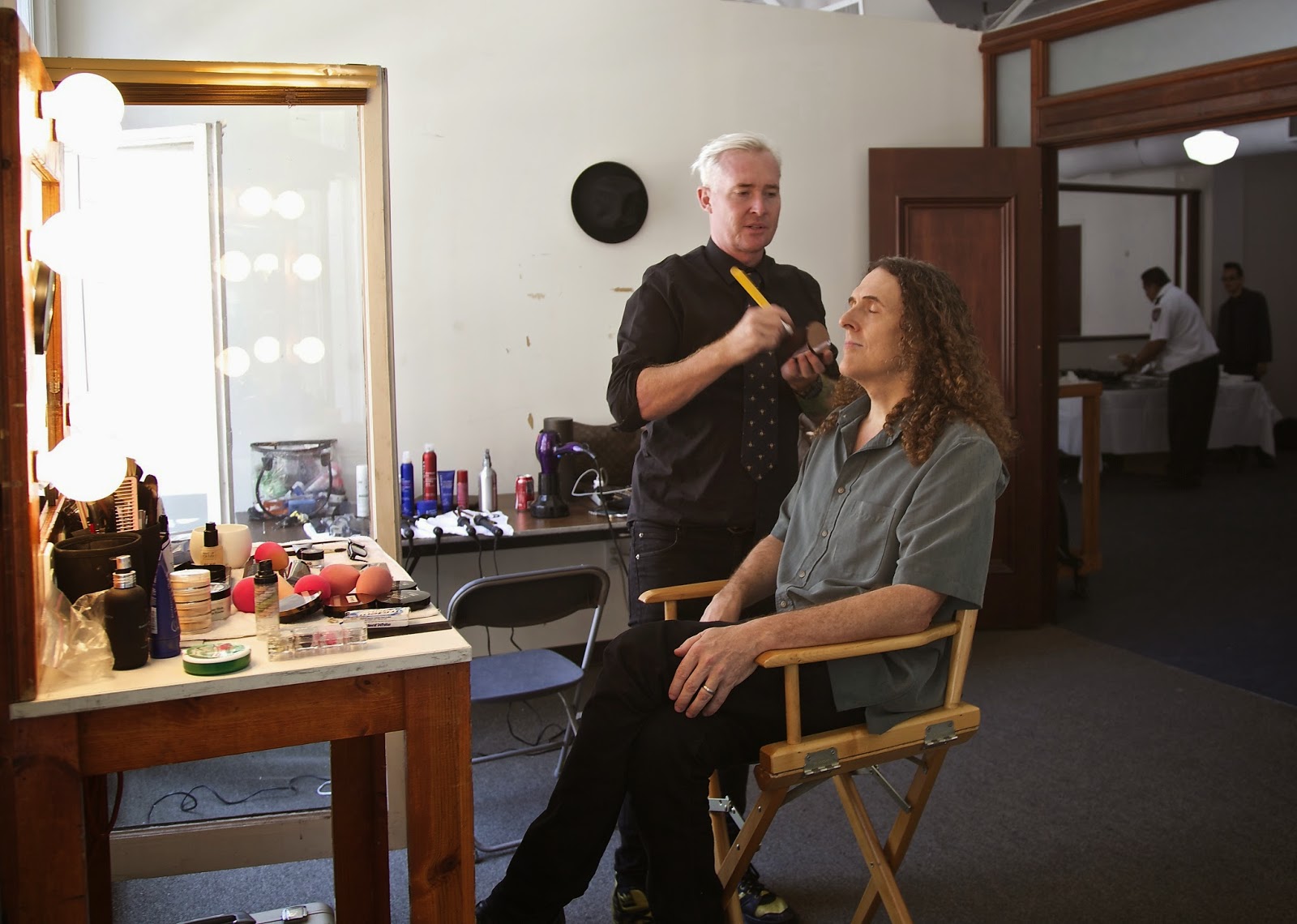 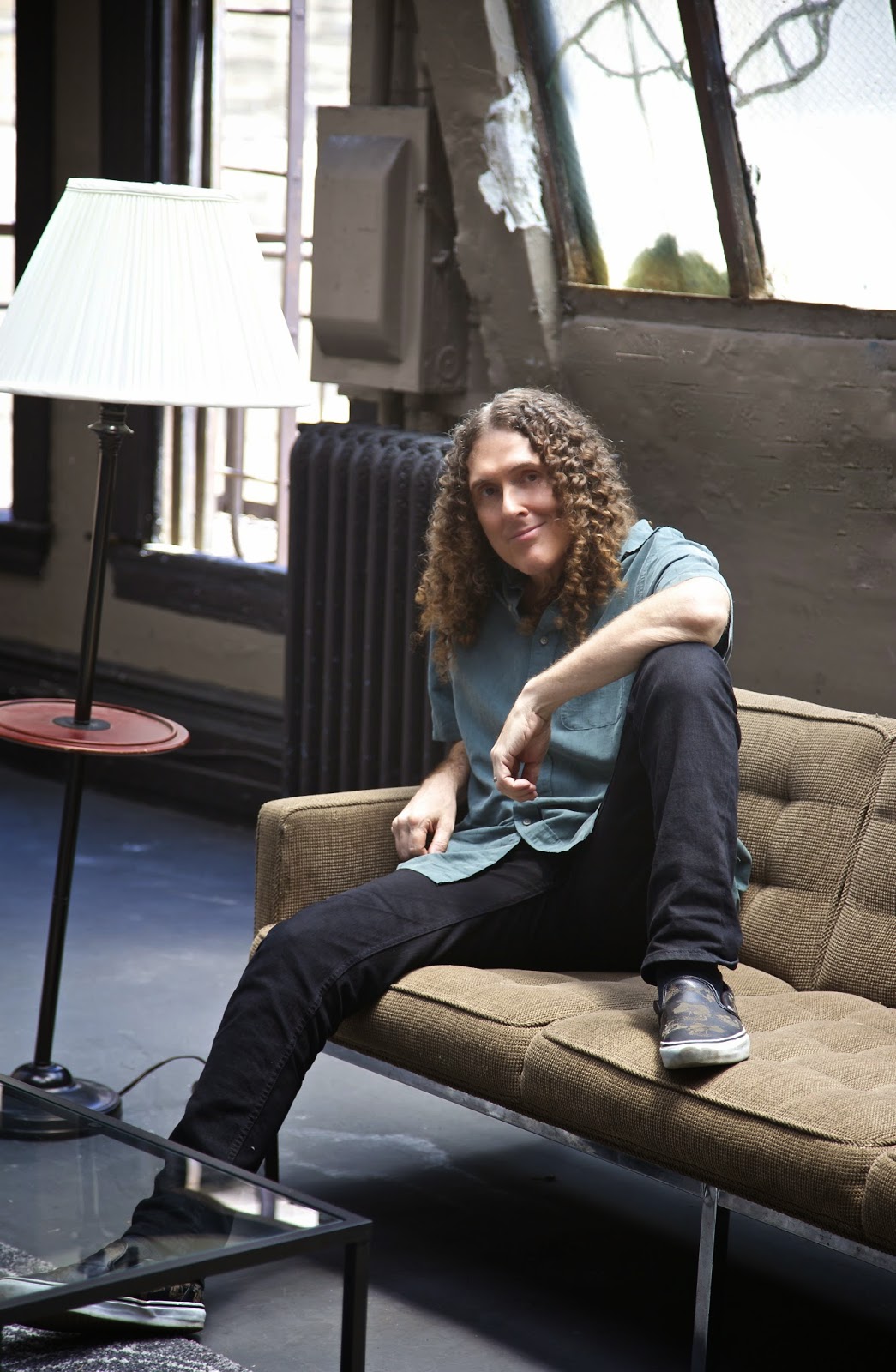 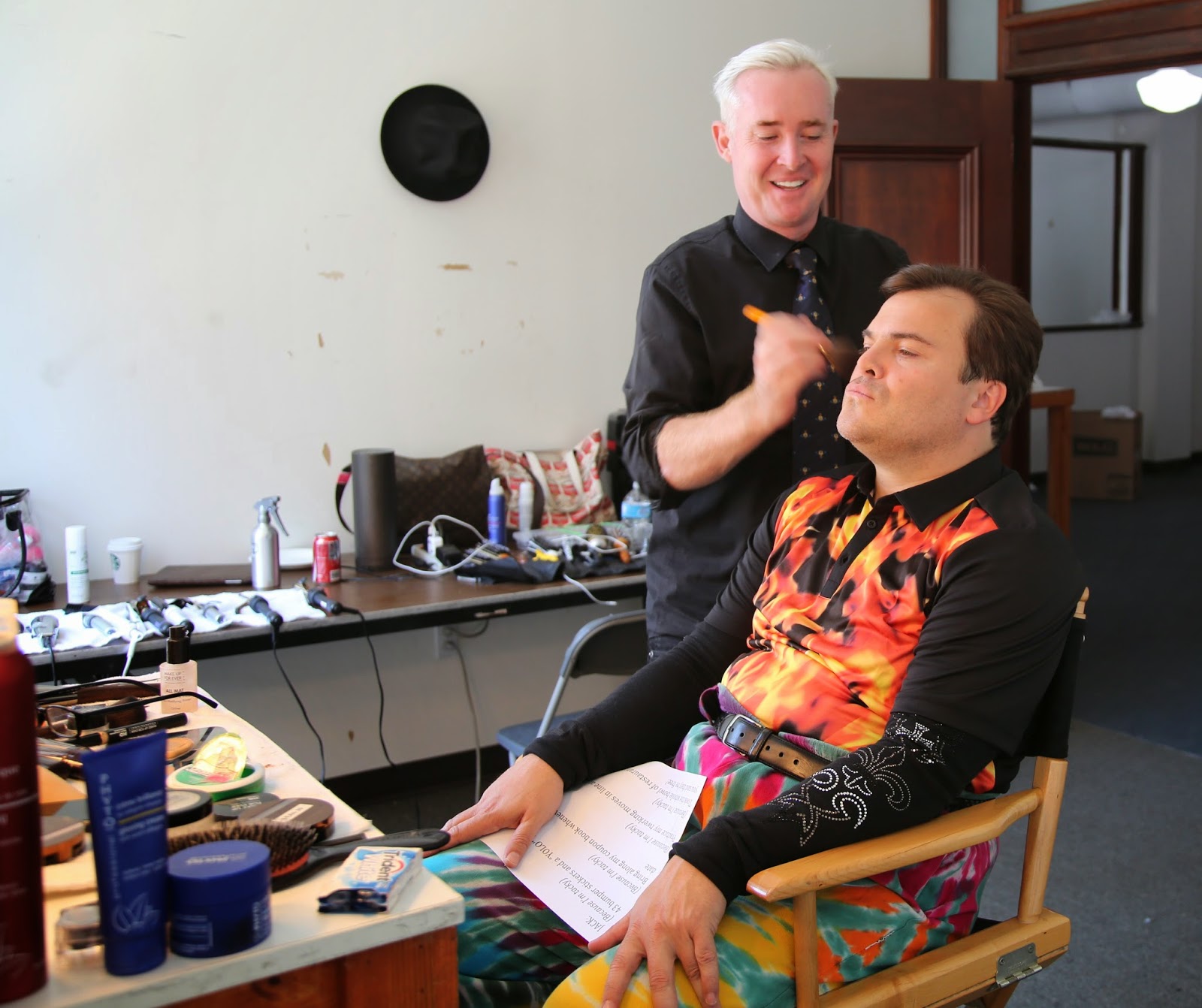 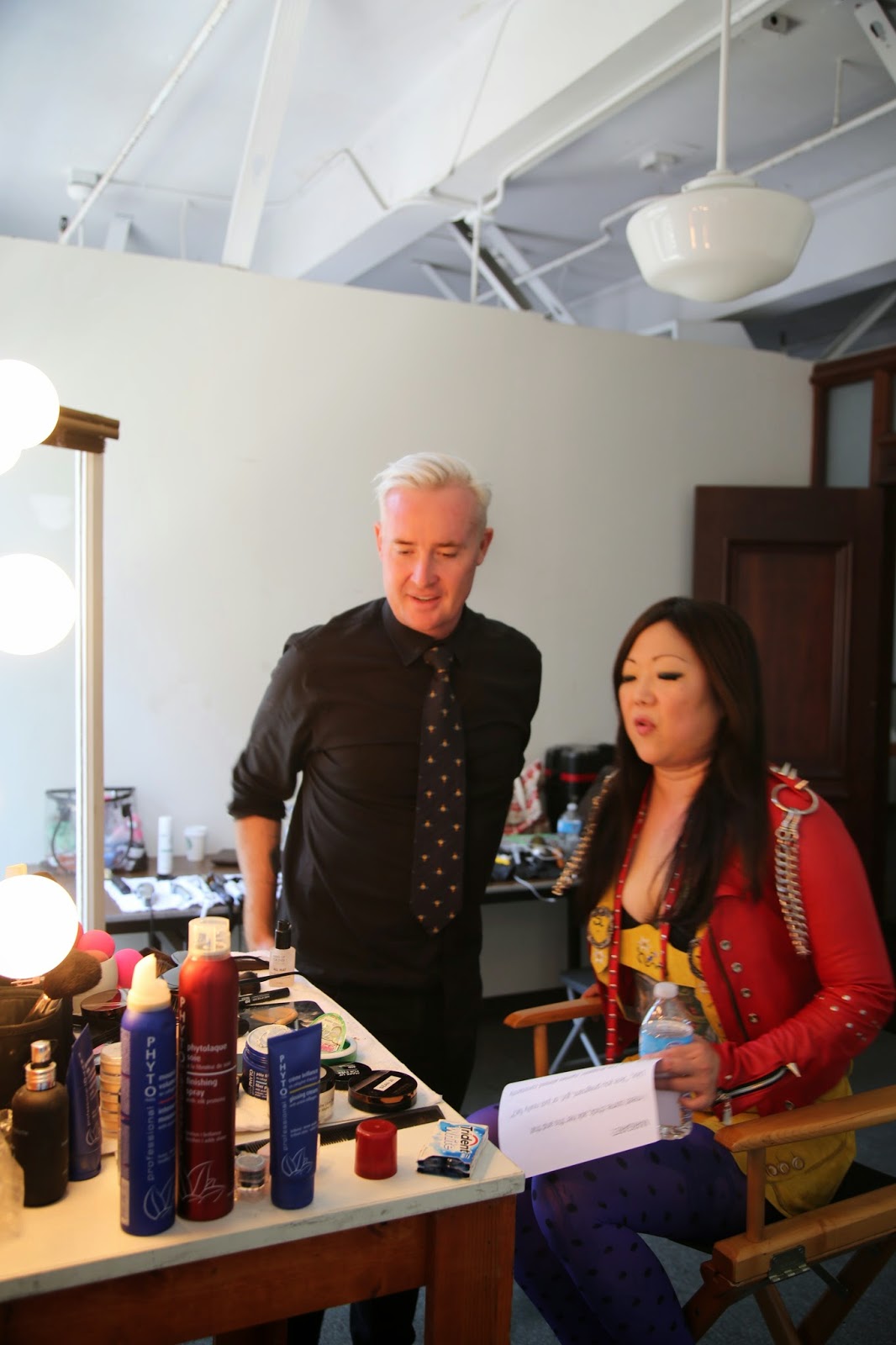 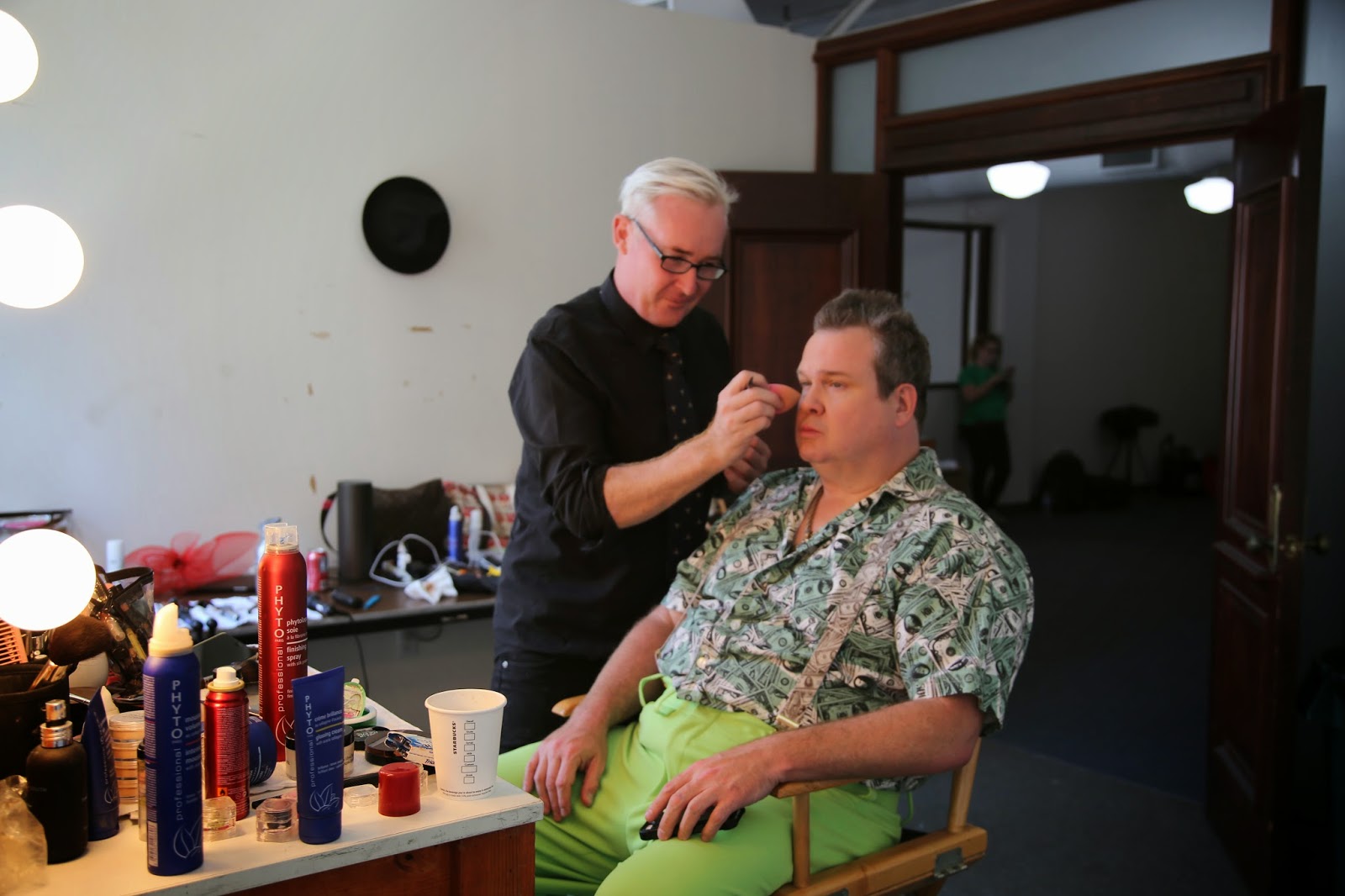 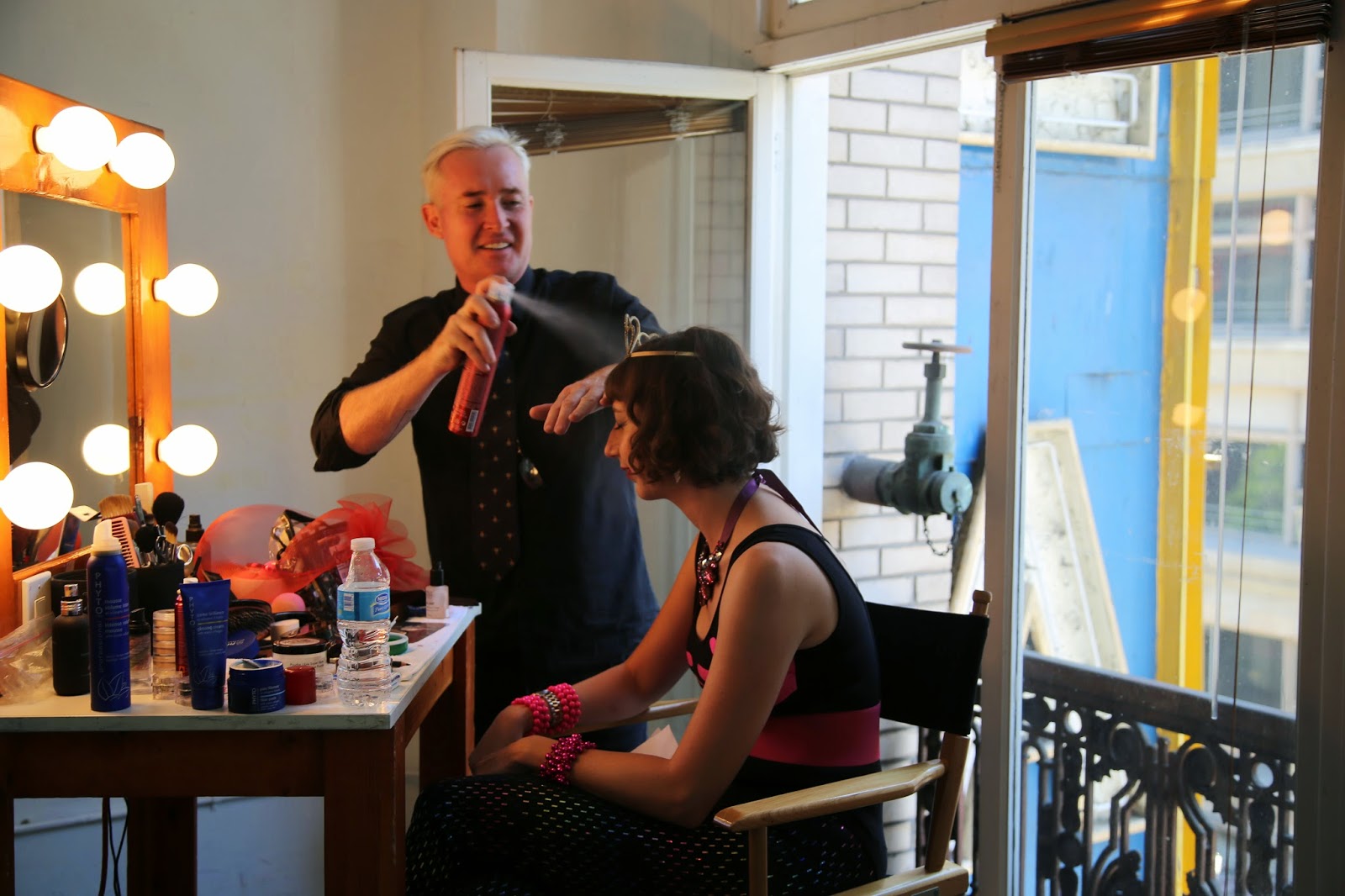 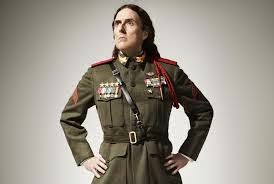 The lessons learned where that time is everything  don’t be on time Be Early , Jamie lee Curtis taught me to set my watch 20 mins fast ,  I live by that every day , and I m never Late . Each day I arrived at the same time That Al did , We where always Ready to go ,  Professionals always show Up early !
A good support team is essential , My assistant Karl Chan Was invaluable  They are your right hand when Things get Busy and yu have producers breathing down your neck saying can i have an ETA on when they will be ready.
Carry everything in your Kit , For the alternate ending in foil where Al splatters Blood all over him self  , No one had told me to bring the blood I just happened to have a bottle in my car from Halloween , Thank God .
It took us 17 hours for "Foil" , done in one day
It took 11 hours for" Handy “
And it was 4 takes , which was about 5 hours  for “tacky” Lesson learned  read and re read the call time , arriving 5 hrs early Is a little bit too Keen :)
So  3 days shooting and Two days prep days getting Wigs Etc  so 5  days Total
what a thrill it has been being part of someone making record breaking  History Happen  !