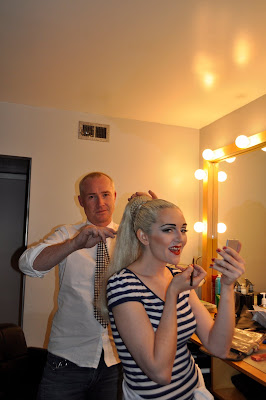 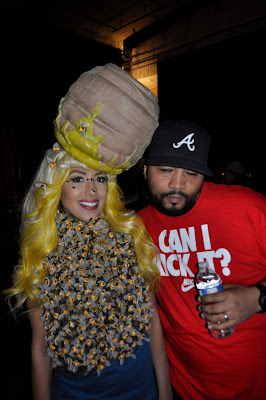 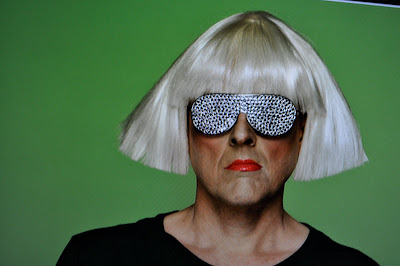 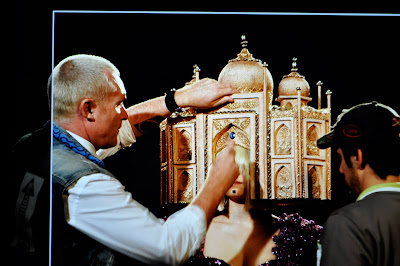 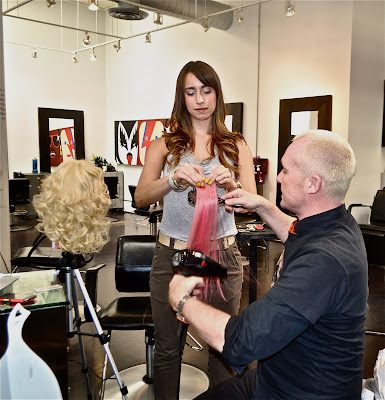 It was an amazing 3 days on set with Al Getting to do the hair on such a spectacular visual treat was really exciting , I was like a kid in a candy store and Al was a a delight to work for he not only starred , It took about 3 days of prep before hand but it all paid off . Produced By Sisco . Directed and starring Al Yankovich
My self and Maxi The makeup artist where doing 15 min changes , as Al was putting on his elaborate costumes , one made entirely out of Steak the wig with the cold cuts had to be kept in the fridge :0 , & Al's a vegetarian ! It really did stink ! but looked amazing.
I hope you enjoy these pictures above